If you ever needed convincing that you should get a Home Buyers’ drainage survey BEFORE you purchase a property, read on!

Mrs Whitaker and her family of five recently moved into the house of their dreams. This home turned their heads from the moment they set eyes on it: it was in the perfect street, in their perfect location. They fell in love with it straightaway. But in their haste to get settled in as quickly as possible, they opted for a standard survey that did not allow for an inspection of the property’s drainage system.

A few days after picking up the keys, the downstairs toilet was full to the brim, and the bath was gurgling. Knowing something was wrong, Mrs Whitaker contacted Ask Us Drains and asked us to find out what the problem was. We entered a camera into the pipework and immediately identified a collapsed drain. It turns out the foul drain under the house itself had been leaking for years, and now the system was being used more frequently, it had finally given up the ghost! A clay pipe had taken a whack during the building of the new kitchen extension, too.

The floor in the extension itself had to be repaired; the large white floor tiles and concrete floor all had to come up, and a three metre section of pipe had to be completely replaced. All things considered, the cost to the family was £6,800. The worst thing was, some of the works were not covered by their insurance.

The moral of the story? Always book a CCTV drain survey before you exchange! Our state-of-the-art cameras can be your eyes; they can check everything under the house and down to the main sewer is in good working order. If any repairs do need to be carried out, you can use the unexpected costs as leverage against the asking price.

Back to case studies 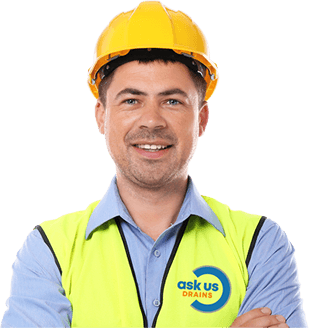 Otherwise, drop us a message and we’ll respond as soon as we can!